Lean production, as coined by Krafcik (1988), is “Lean” because it strives to use less of everything compared to mass production. Lean is also proposed as being a philosophy that focuses on using continuous improvement to eliminate non-value-adding activities in a company’s own production facilities and, eventually, the facilities of key suppliers’ ‘Creating Value for the Customer with no waste’ succinctly defines Lean production; with waste being defined as anything that does not add Value to, and in the eyes of, the customer. The foundational principles of continuous improvement and respect for humanity are what the Toyota culture was built on, and the essence of the Lean approach is refined into five key principles which show how the concepts can be extended beyond production facilities to any company or organisation, in any sector, in any country. 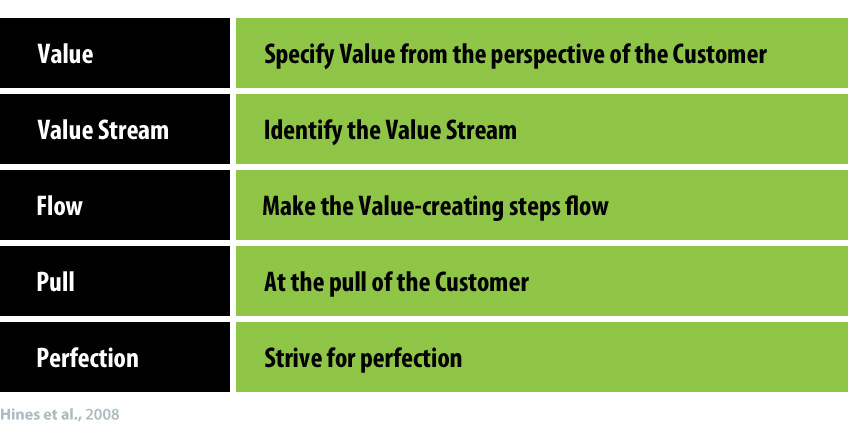 These Lean principles are fundamental to the elimination of waste and this evolution in thinking has been picked up by many who note that Lean has been accepted by academics and practitioners alike as being a significant management approach in sectors; its application has become so widespread and invasive that Lean will inevitably become a “qualifier” instead of just being a source of competitive advantage (Hines et al., 2008)

The flow of Value towards the customer is proposed as being the primary tenet of Lean and the ‘Respect for People’ principle is not just an option but is a requirement and has long existed in Toyota’s relationship with its customers through its ‘customer-first’ rule.